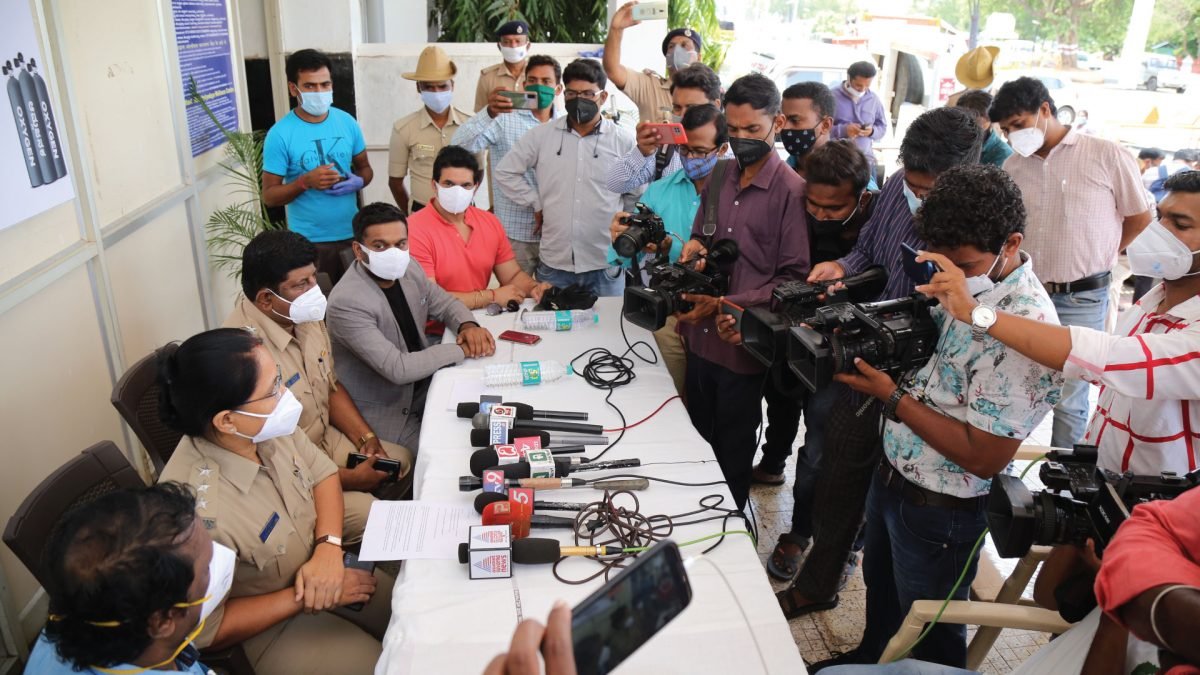 As Bengaluru transformed into the new epicentre for Covid-19 cases in the beginning of May, the city was left gasping for oxygen. The healthcare infrastructure was crumbling. The first wave left us far from prepared for what was about to come. The city desperately needed oxygen cylinders but the resources were soon fading away. Like a rose amidst all the thorns, we had heroes emerge out to help us through these times. One such hero was the Swag Emergency Response Team. 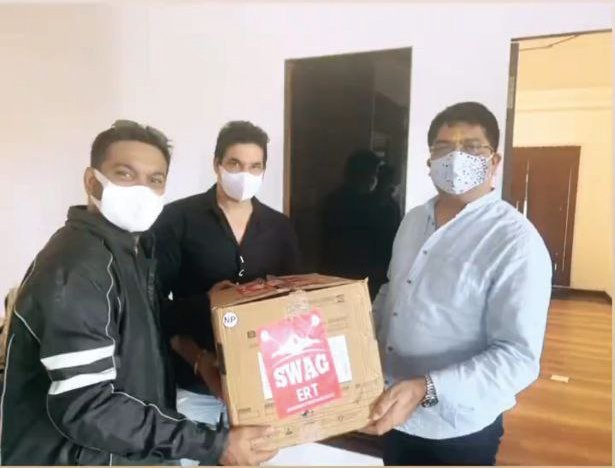 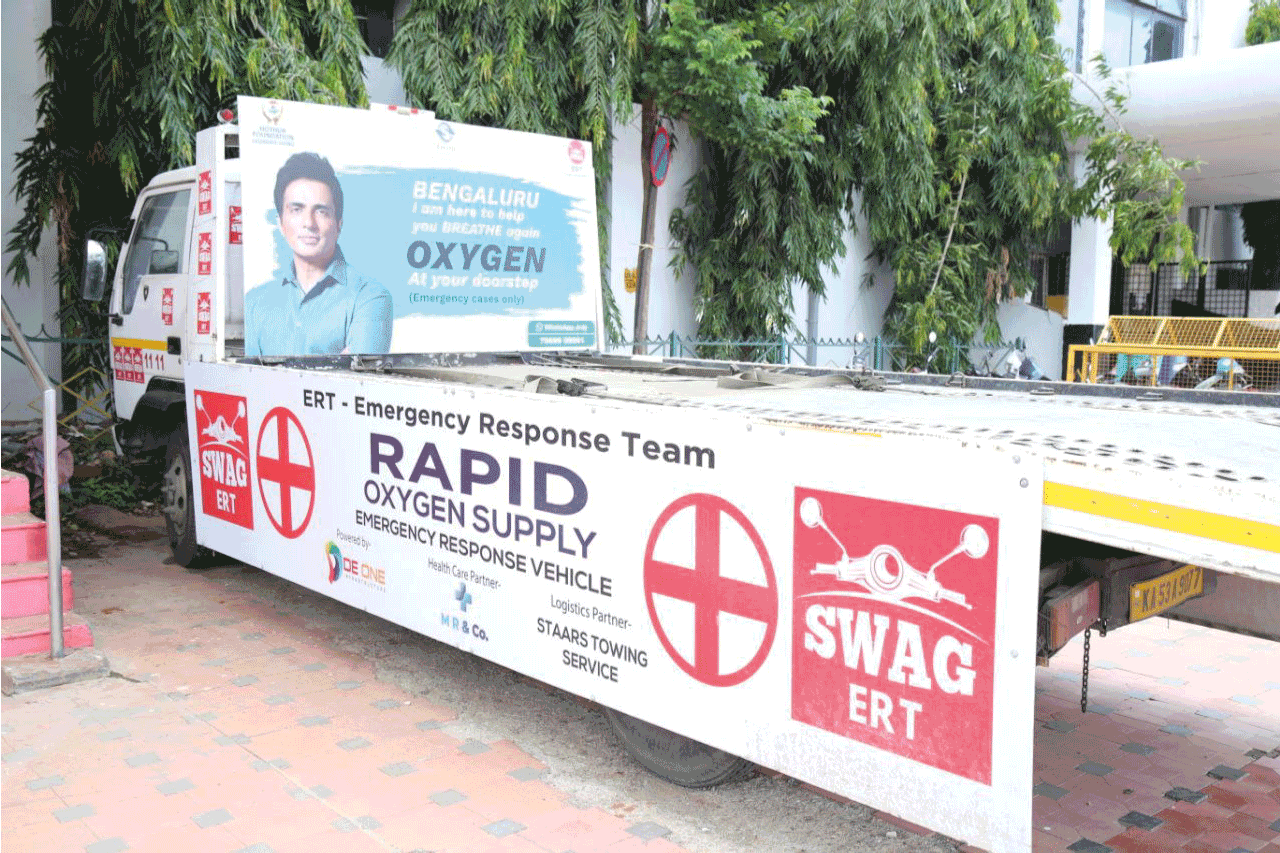 What is Swag ERT?

Quantum Gully and Swag Bikes joined hands to blaze a trail for others to follow. We have untapped resources that are used to transmit the oxygen cylinders. Our vision is to use these resources to deliver cylinders across the city. In the dark of the night, when patients barely have any resources to reach out to, the team set out on a journey to deliver oxygen cylinders to patients under dire need. We worked from midnight to 6 in the morning.

Soon, the little initiative grew in numbers. As more and more oxygen cylinders were delivered, the initiative gained traction. A lot of organizations reached out to help with donations- MR & Co as HealthCare Partner, we were Powered ByDeOne Infrastructure and Stars Towing Service reached out to help with the logistics for larger orders. These critical times really bought out the best in people. A lot of politicians and people of authority also supported the cause. 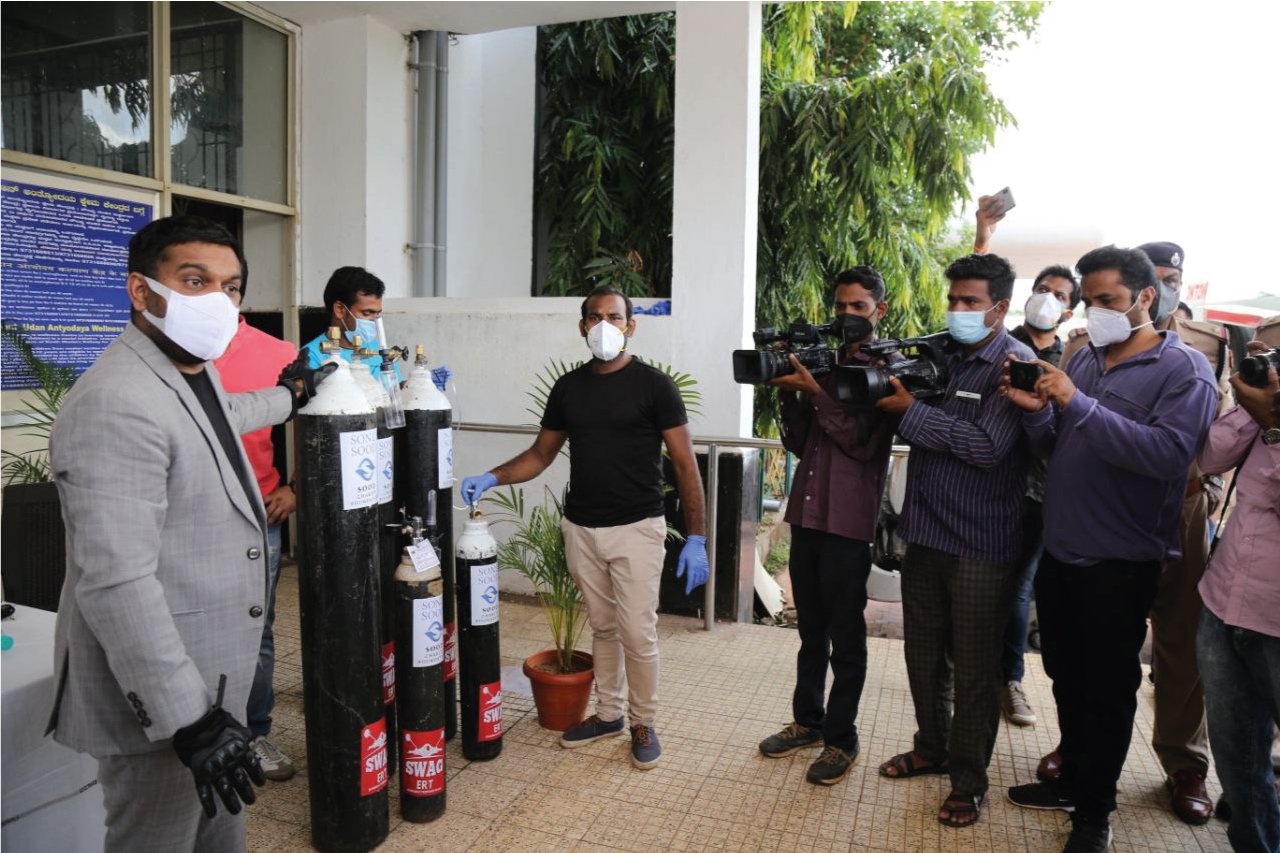 If there is a name that’s emerged out as a savior through the whole pandemic, it’s Sonu Sood. He has helped numerous causes working for covid relief so it came as no surprise that he invested his valuable resources in the team. Grateful for the support of the man himself, the team was filled with joy and endless motivation to do more.

The warmth and love Sood receives on social media is a testimony of all the good work he does. Selflessly serving humanity when they need it the most is a sign of true character. In the first wave, Sood helped a lot of helpless day workers get back to their hometown amidst the lockdown. Now, he's donating oxygen cylinders across India. His work has turned him into a symbol of relentless service.

Standing true to his name, Sood donated over 50 cylinders to the team to help them reach more and more patients. The team says that the feeling of helping save a life and the look in the eyes of the patient’s families is like no other. Sood recently expressed in a tweet, the heartbreak he felt over not being able to save a few patients. He said facing their families after he's unable to save them is painful. Needless to say, his fans encouraged him to keep going.

The Posters we designed

We couldn’t be more thankful for all the amazing work Sonu Sood is doing to carry the country through these difficult times. They say it is when you give of yourself that you truly give, Sood has embodied that. He has proven to be an amazing idol for the nation to follow. He’s not just a hero of the movies but also in real life. At Quantum Gully, following his example, is doing our bit to help the nation by spreading the word. We crafted graphics to move people and show everyone the amazing work he is doing. Through the power of social media, we were able to raise awareness of the initiative and bring in more people to join. It was such an honor for us to work with Sonu Sood.

As citizens of the country, it is our job to do our bit and help the country get through these difficult times. Of curse, we can rest assured that Sonu Sood always has our back when it comes to helping. Not everyone can give themselves them to service as Sonu Sood has but we can sure do our bit. Sood took the initiative and now it is our turn to follow his example and help in any way we can.

A centre in Hubli

Now it was time to turn to the next chapter of the initiative. As the number of cases spread from Bengaluru to the rest of Karnataka, the team decided to venture out their service to the smaller towns. With the support of the Karnataka Police, the team set out to build a centre at Hubli. Under the mentorship of ADGP Shri Bhaskar Rao, they set up a centre at the Hubli Railway Station. 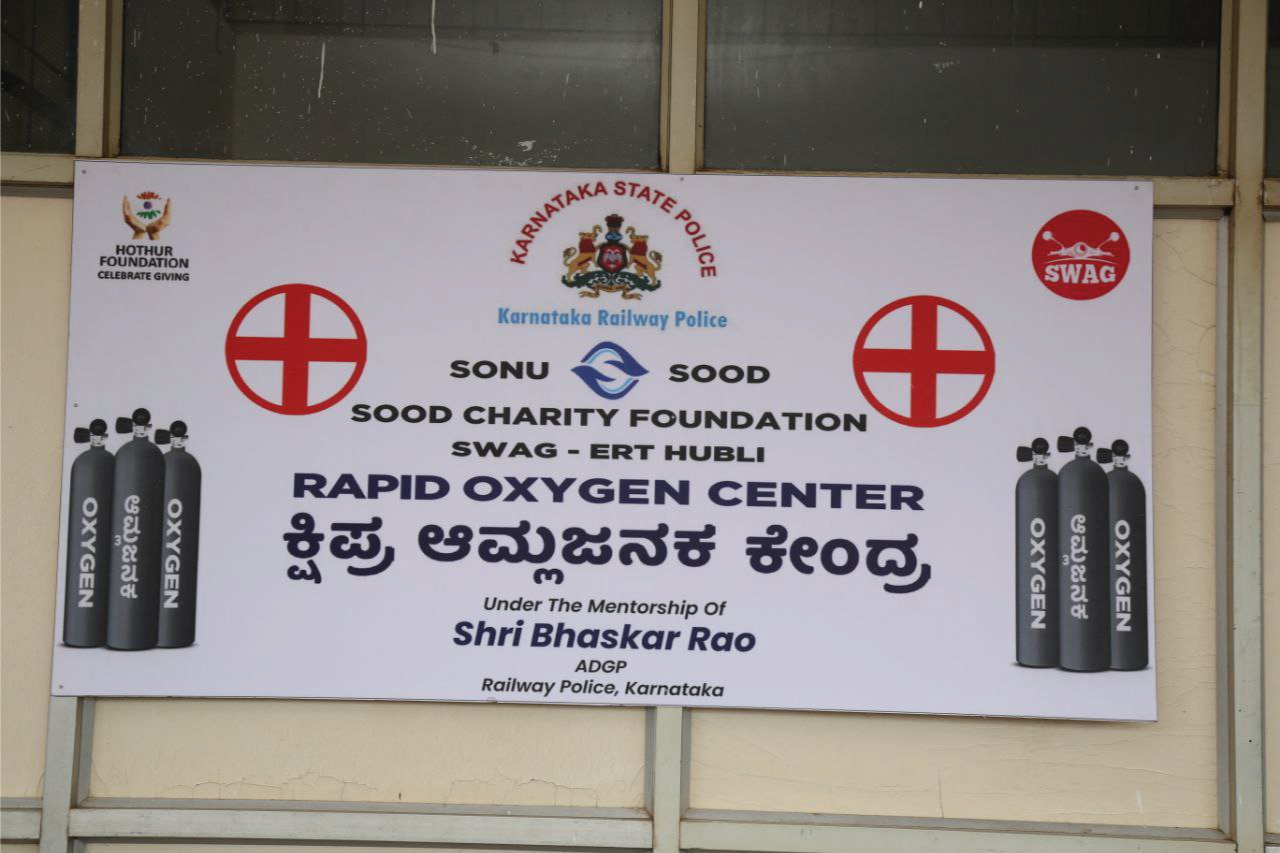 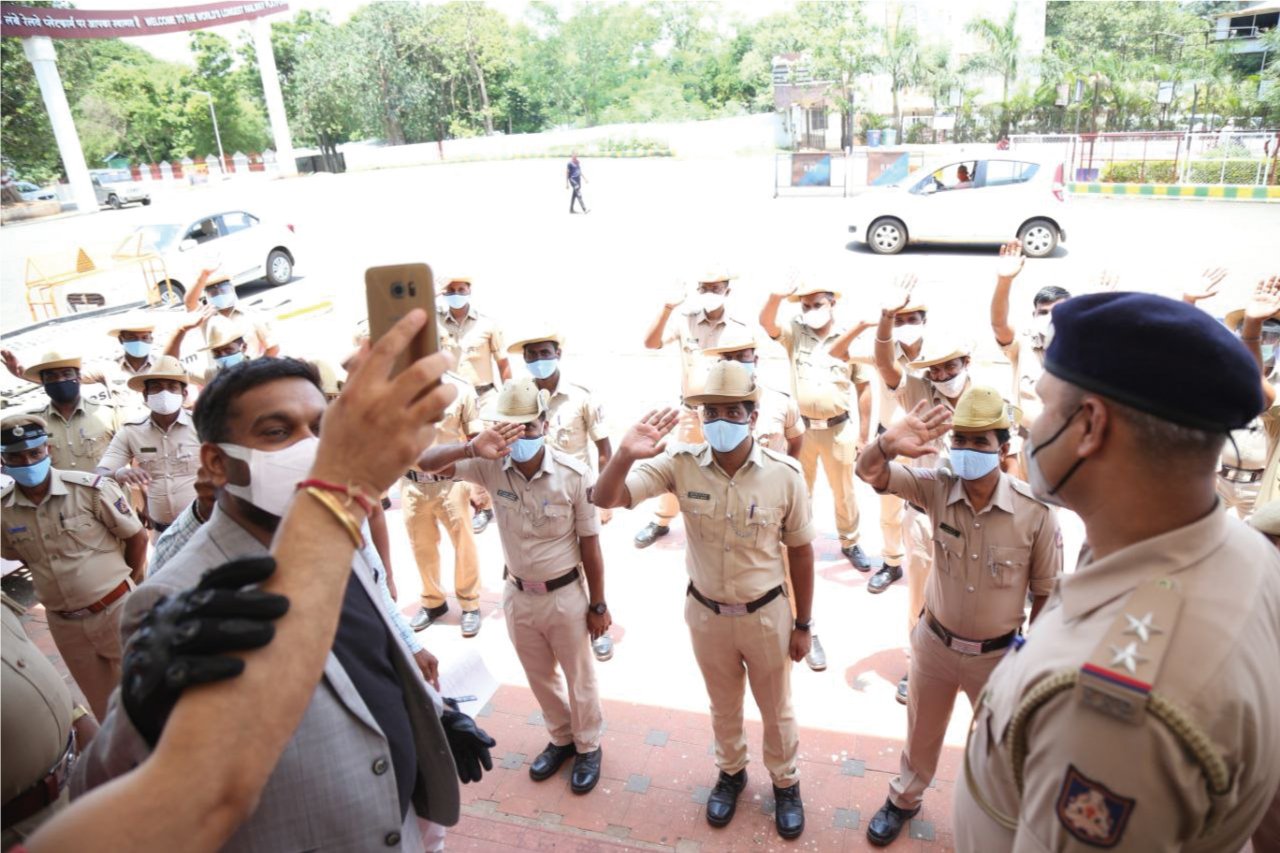 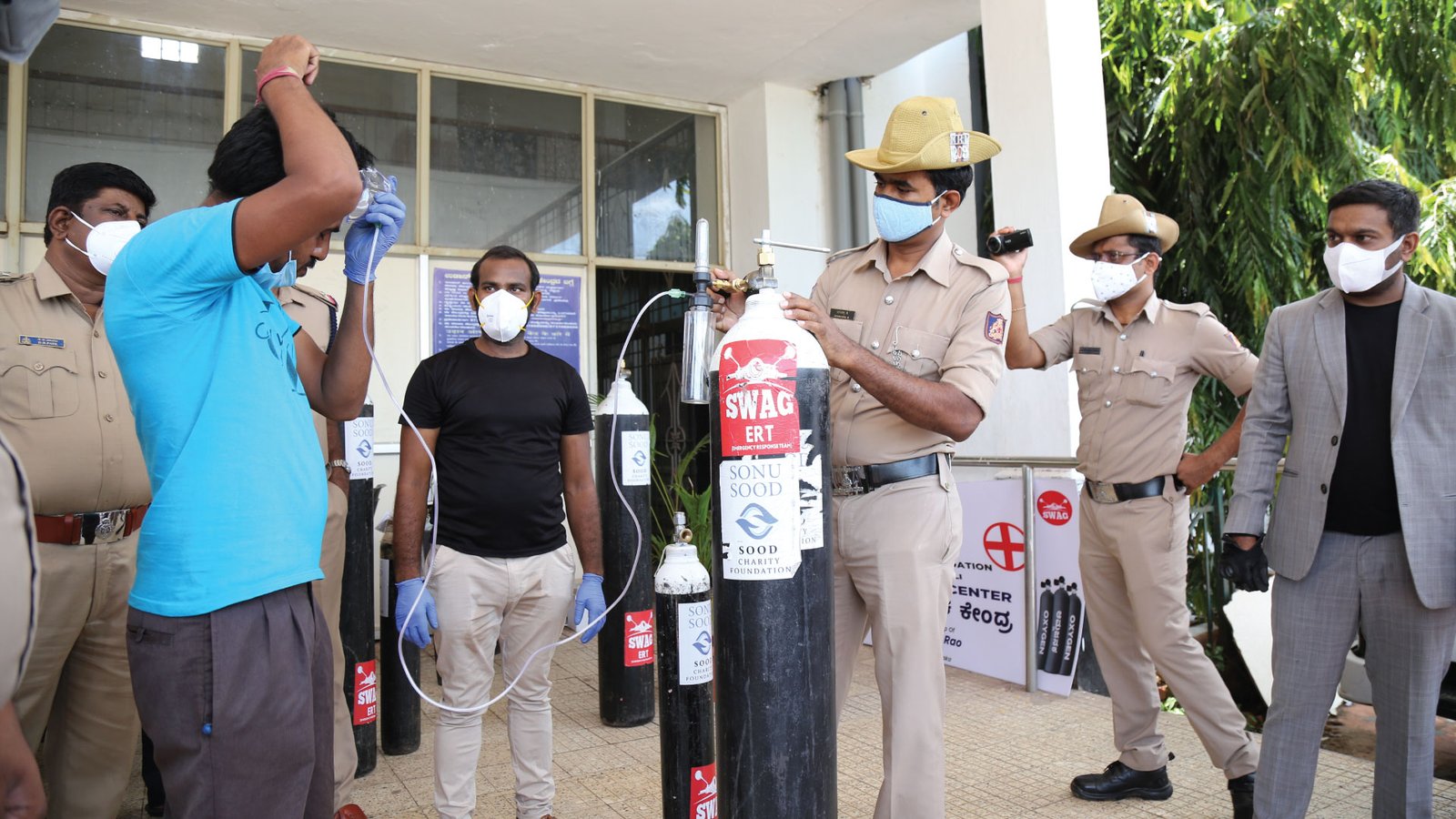 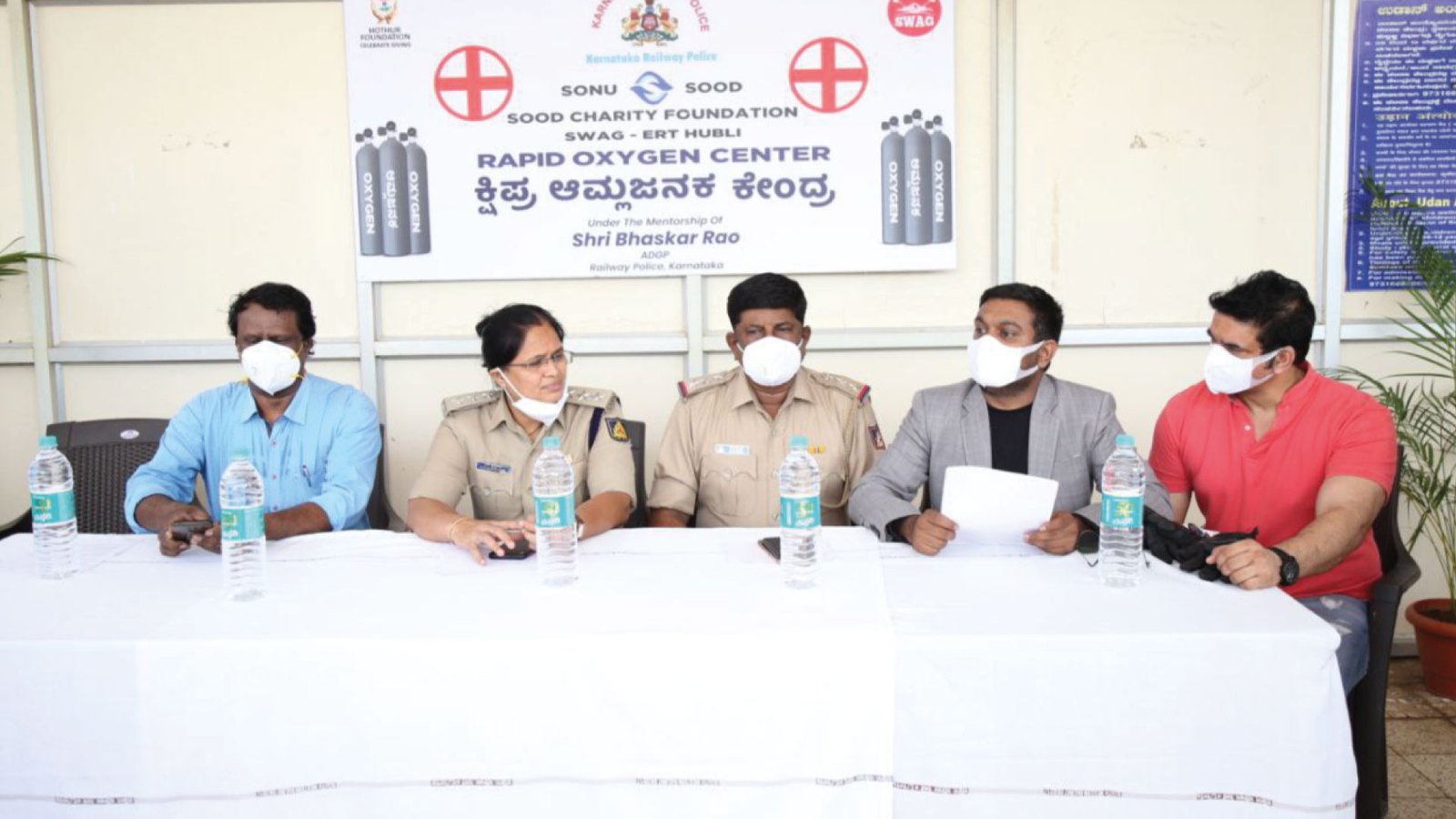 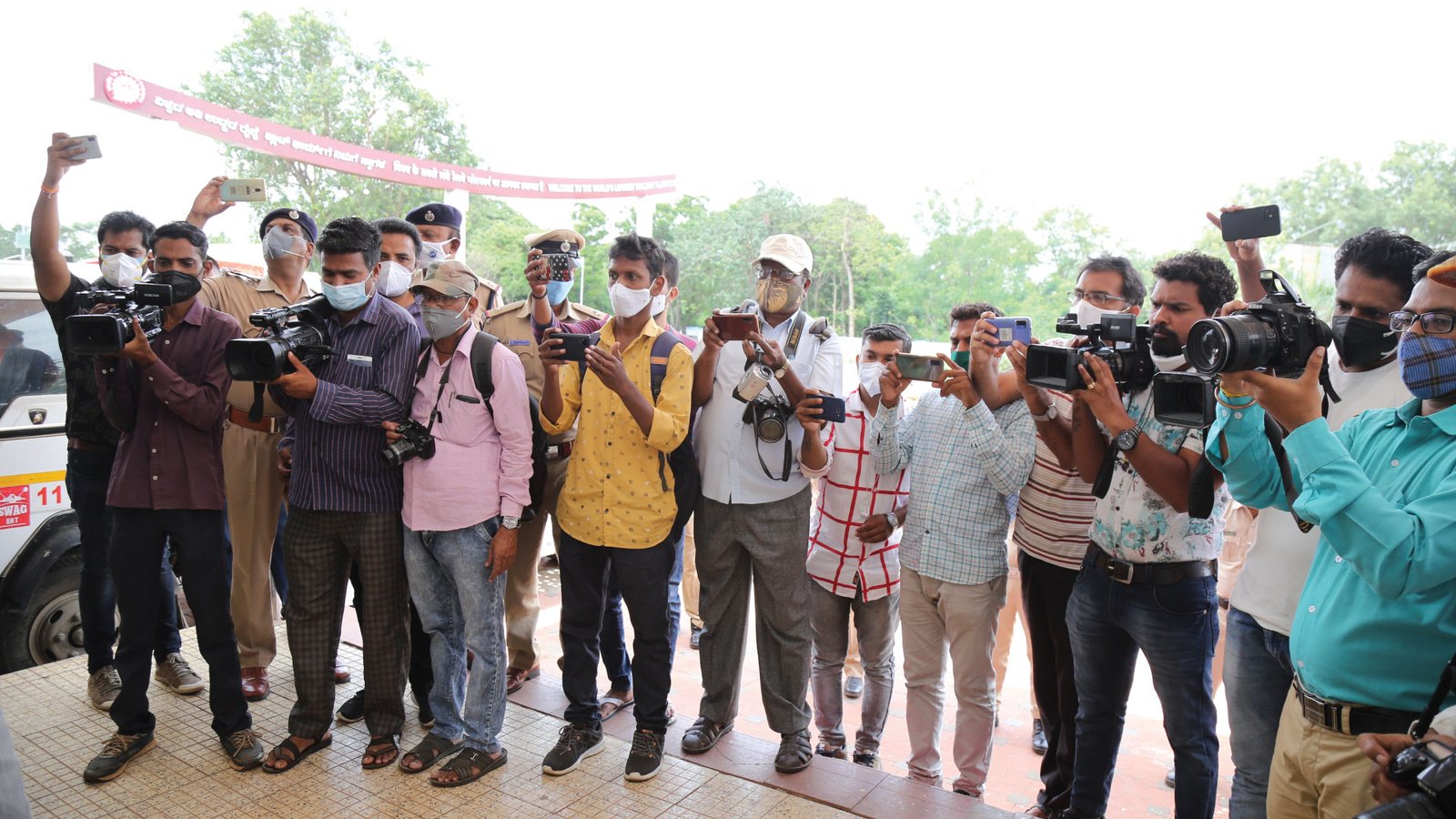 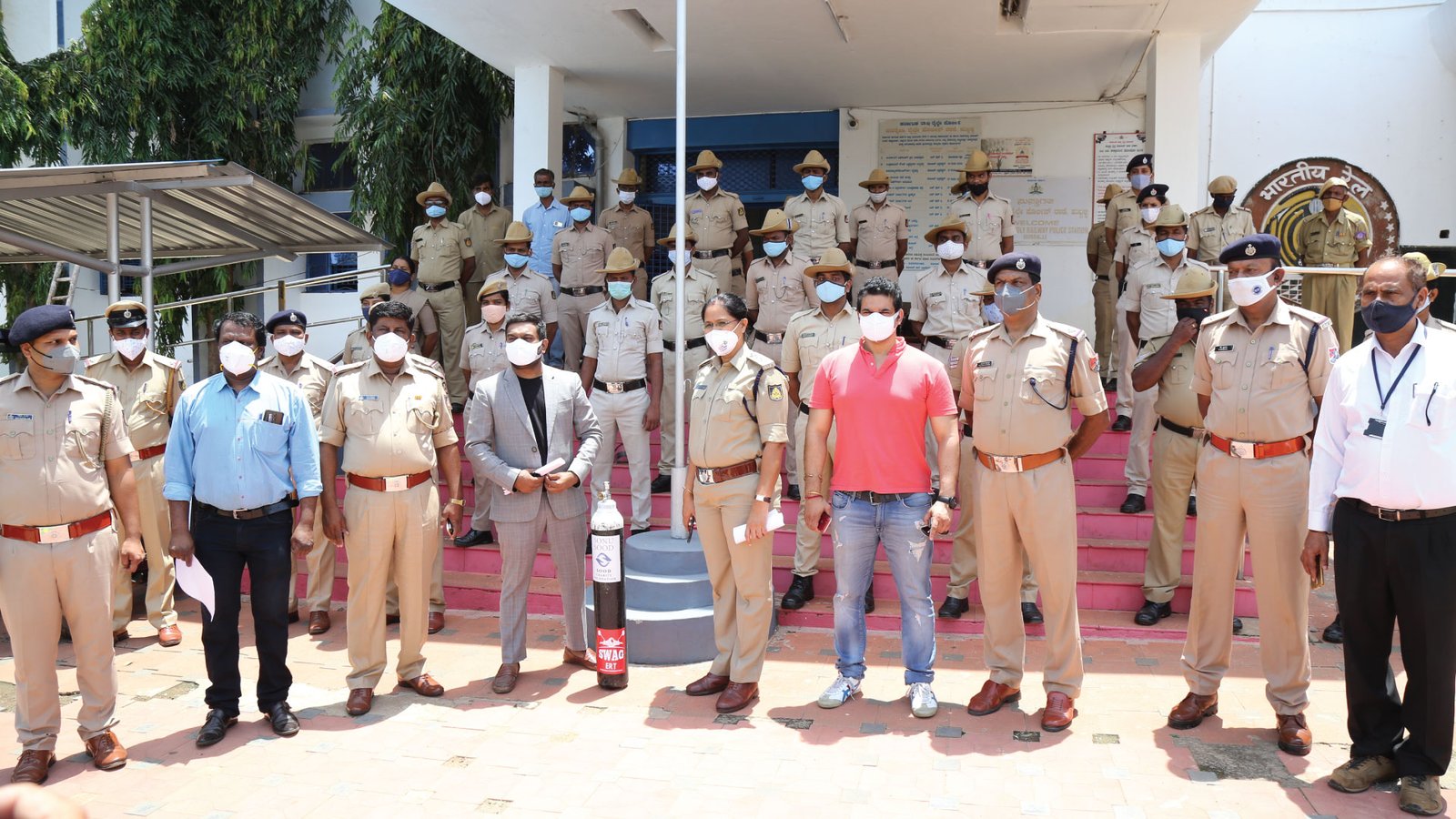 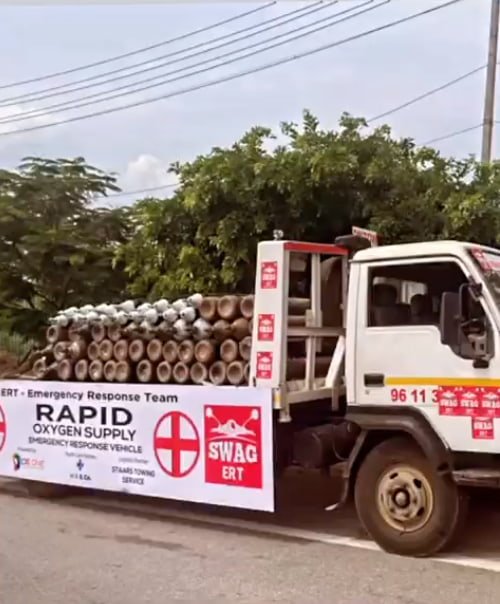 The praise-worthy work that the team is doing is not limited to Karnataka itself. They have just inaugurated a new center in Coimbatore, Tamil Nadu. The team plans to open various centers across Tamil Nadu too. It is heart-touching to think of the humble roots of this initiative that is now touching the sky.

Even as the number of cases rises across the country, nothing is stopping them. The team is striving effortlessly to make its mission of helping patients across India come true. Moreover, it plans to open oxygen centers in all the southern states within the jaw-droppingly short duration of just 45 days! This is no less than a miracle.

This is so that if the third wave was ever to approach us, the southern states could proudly proclaim that they are prepared to brave whatever comes their way. The work that the team is doing to make it happen is truly credible.

The Swag Emergency Response Team is working hard relentlessly through the lockdown. The love and support the team has received has been overwhelming. The reason Bengaluru and Hubli have been our first choice is because of their prime location, we can reach out to districts within a radius of 120 kms.

We're grateful for all the support we are receiving from the government would ask the press and volunteers to reach out and help so we can make this initiative a successful one.

The team just inaugurated two brand new centers in Bellari and Mangalore. This makes a total of four centers across Karnataka. Much like the golden quadrilateral highway that connects 4 different points of the country, the four Swag ERT centers are spread out across the four different directions of Karnataka. This enables them to reach patients across Karnataka with ease while they still build 6 more centers. 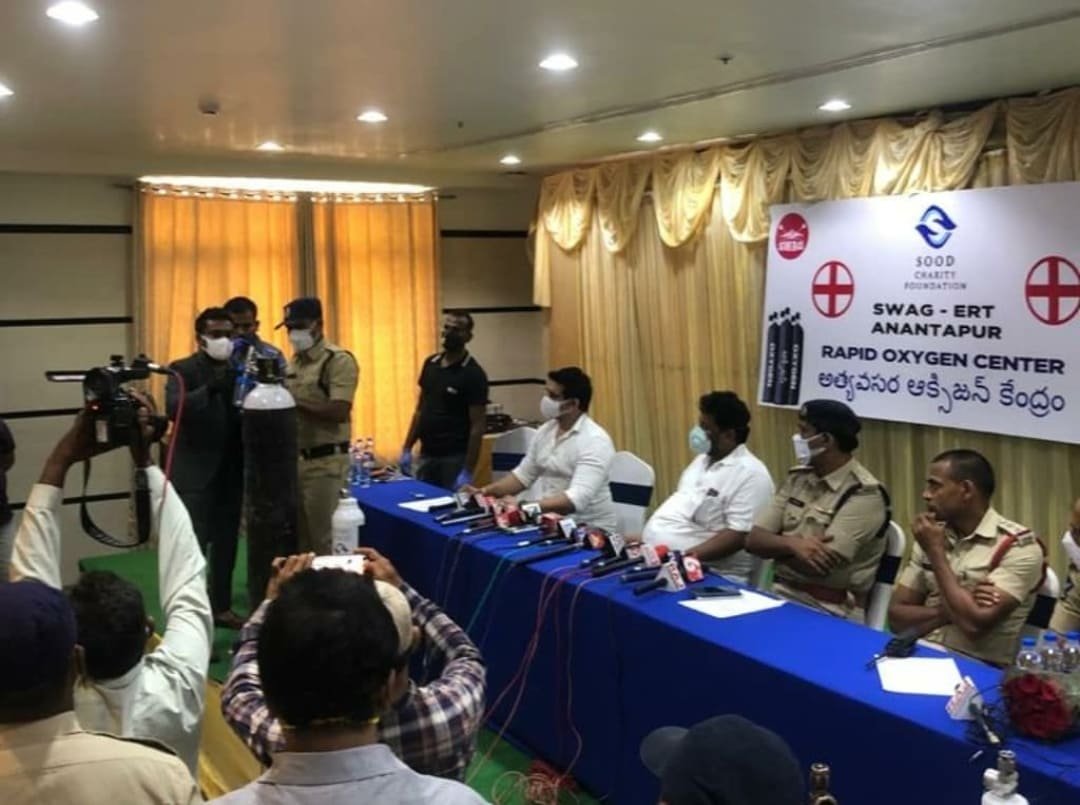 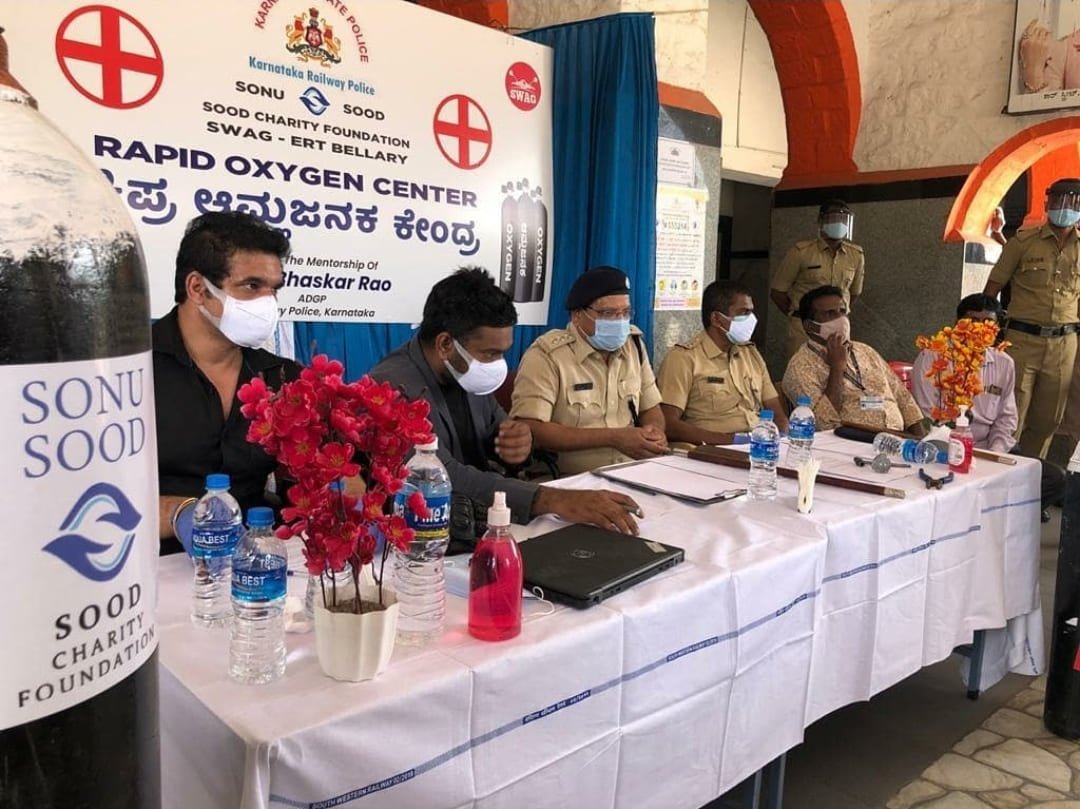 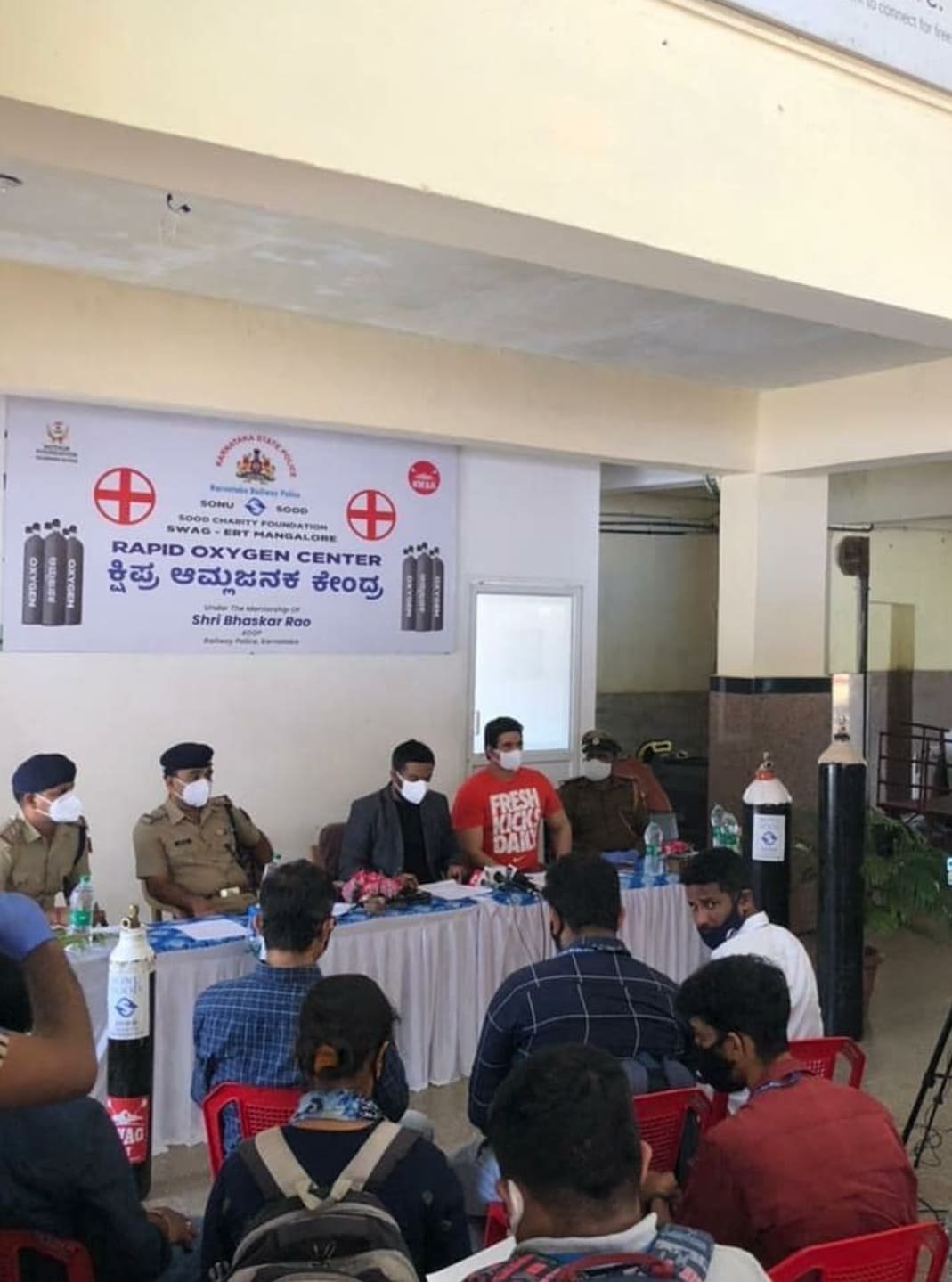 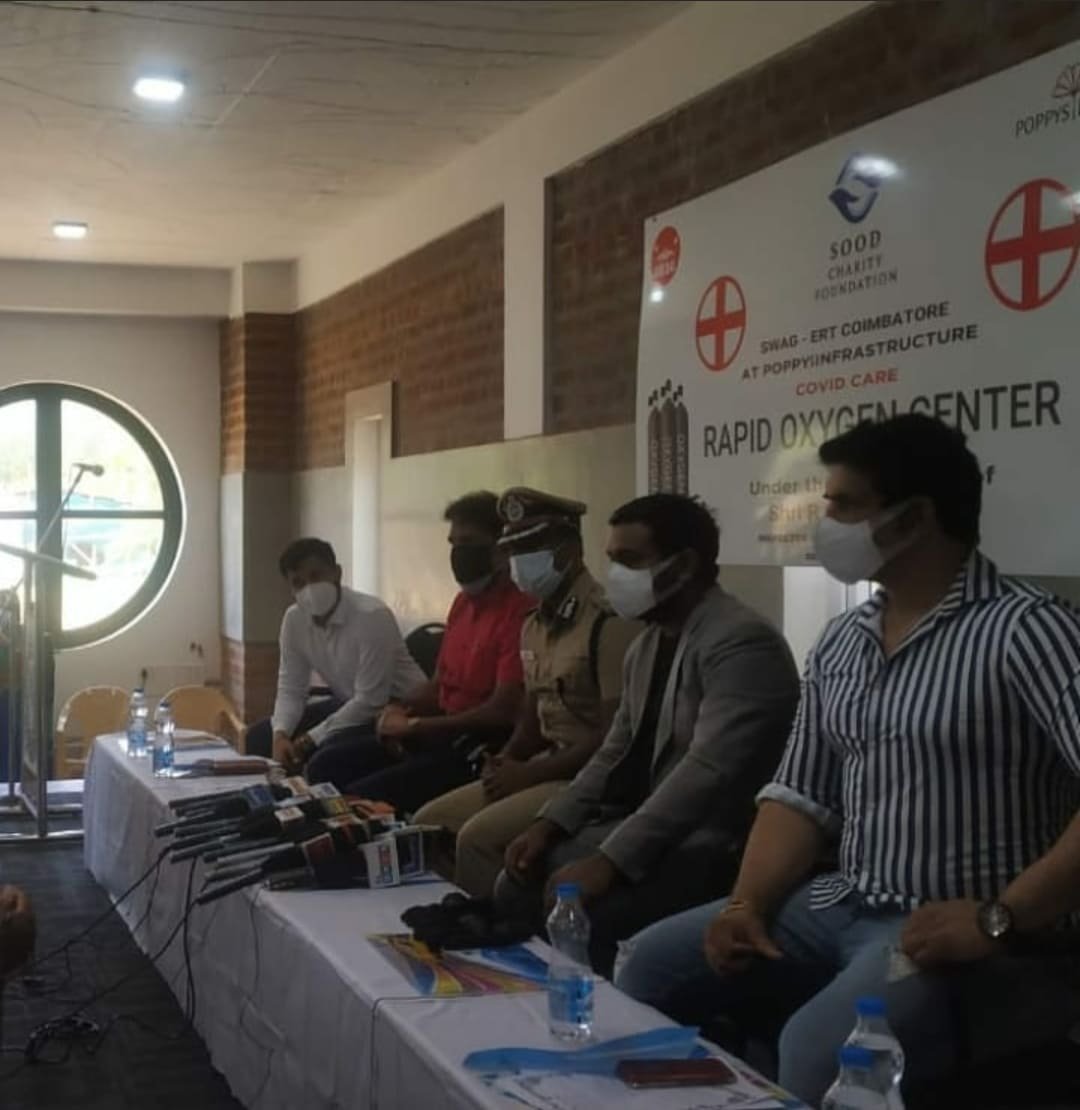 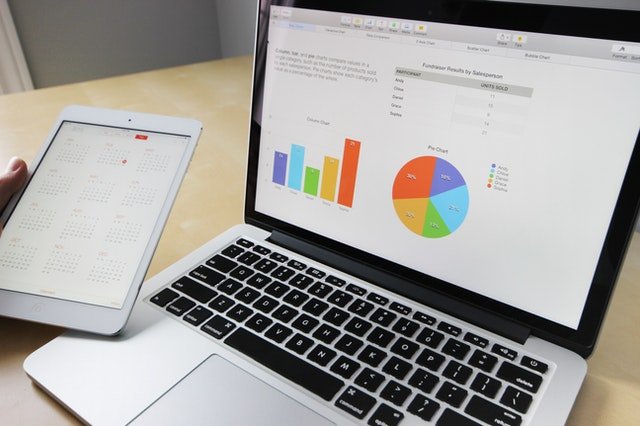 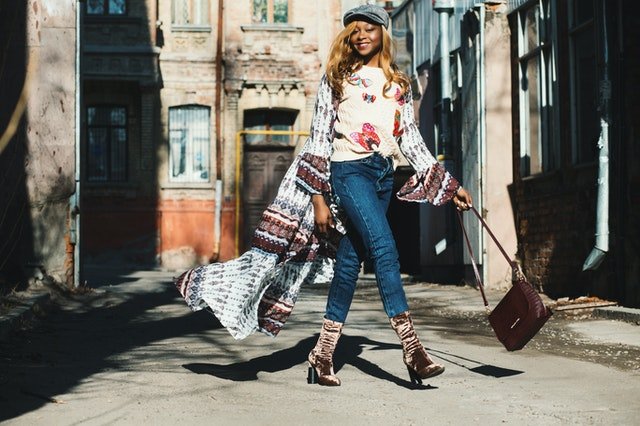